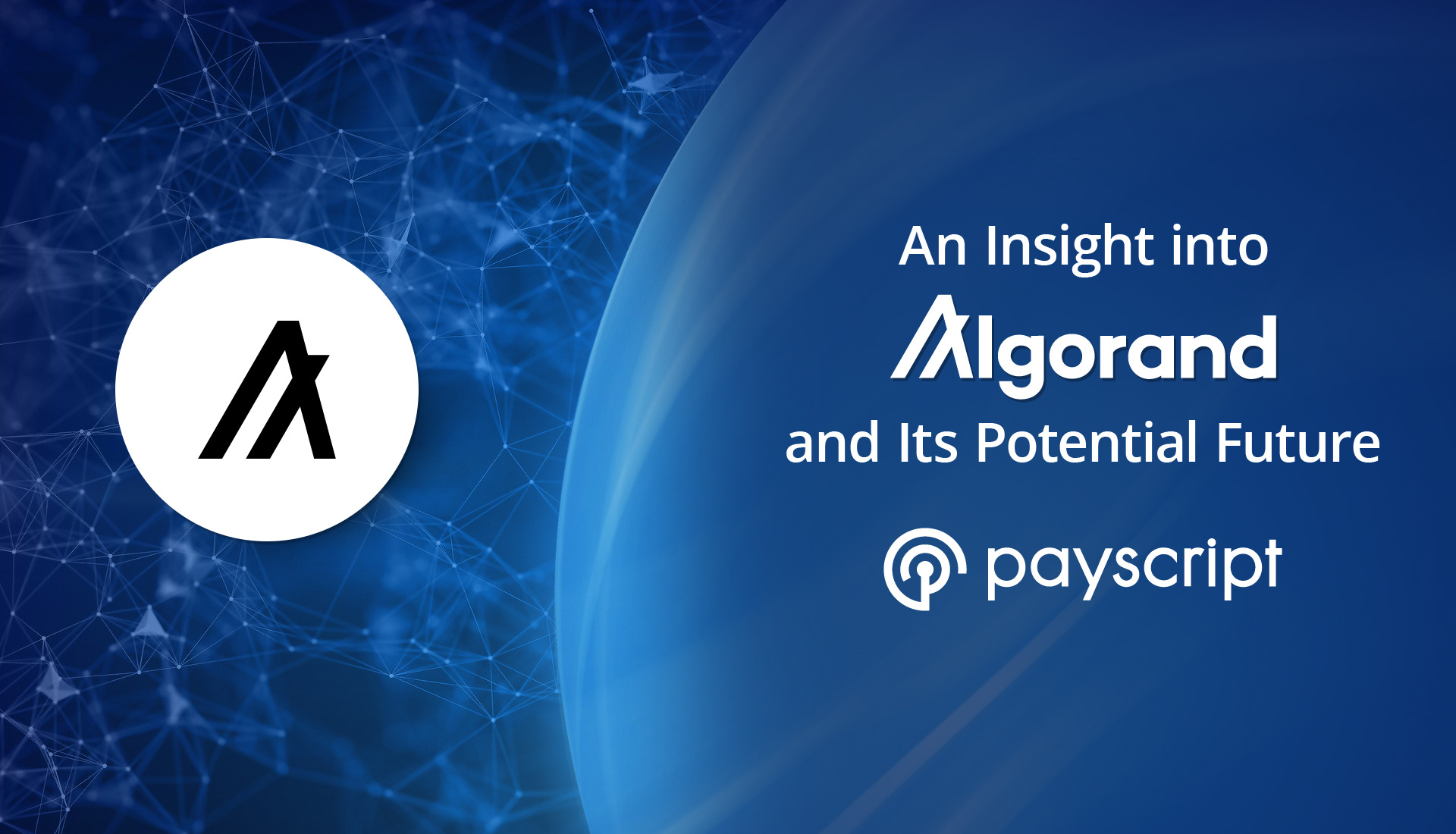 Blockchain has been around the corner for a while now. With a better understanding of its functionality, some of its downsides have come to light. The overambitious nature of blockchain offering a balanced quality in terms of security, scalability, and decentralization has popped up as a flaw. To combat this triple-layered problem of blockchain, some approaches have come into play.

Out of the many probable solutions people are still looking to formulate, Algorand has gained the most momentum. Launched in 2019, this platform intends to fill in the loopholes of blockchain. Let’s see what Algorand is all about.

As aforestated, Algorand was predominantly launched to fill in the loopholes of blockchain. The preliminary issue with a single blockchain platform is that for the accommodation of two of the three fundamentals, namely security, scalability, and decentralization, at least one needs to be toned down. To explain in layman terms, if decentralization is to be prioritized, a certain risk to security and scalability is definite.

Algorand was launched in order to perform the following functions-

The nature of the Algorand platform is quite democratic in comparison to other counterparts. In place of the Proof-of-Work algorithm used by cryptocurrencies like bitcoin, Algorand uses an upgraded version known as Proof-of-Stake. With the faculty of self-validating transactions, this platform has leveled up the blockchain concept.

Who is Behind Algorand?

Algorand is a Boston-based project that was founded by an MIT officer and Turing Award recipient, Silvio Micali. Accompanying him were other blockchain experts and researchers who helped formulate the upgraded platform.

This platform was listed for public sale in June 2019 at a whopping price, which did stabilize eventually. The sale consequently raised a total of USD 60 million.

What are the Goals of the Algorand Project?

Algorand comes with a checklist that it wants to accomplish as a part of its project objectives. On successful implementation of its concepts and technologies, the following is supposed to come to life-

Borderless Economy: The technological interventions of Algorand offering decentralized, secure, and scalable systems is centered on helping companies work along with the unexploited market. This is possible only when blockchain technology is able to keep up with the demands of the aforementioned economy. The USP of Algorand is that it offers instant finality in transactions based on the singular consensus algorithm. This means that each block created will definitely stay in the chain without any discrepancy. When launched, Algorand was capable of making 1,000 transactions per second, which is comparable to VISA’s approximate 1,700 transactions per second.

Ownership Rights with Proof-of-Stake: Proof of Stake offers a unique consensus mechanism, which can prove quite beneficial in the financial industry. The formulation of this technique is in order to complete a transaction within seconds. Consensus can be reached without the involvement of central authority as long as the majority of stakes are in the hands of honest users in comparison to the minority of malicious users. Every user is capable of accessing all the blocks for reading purposes. They can even write transactions in the future block. Depending upon the size of their stake in a system, users can influence the block selection process. Lastly, users are chosen randomly, where stake size is proportional to the chance of being chosen.

No Authorization Needed by Gatekeeper Authority: Algorand is an open-door platform, with the idea of promoting innovation from the end of user profiles. Just like open-source software, this platform is permission-less and has people ranging from small to medium size business owners to big corporations, all collaborating to exchange ideas. It offers open ownership records, which is not an attribute of blockchain essentially.

What is the Working Mechanism of Algorand Protocol?

Algorand follows blockchain and operates on decentralized Byzantine agreement protocol, which has its base as Proof-of-Stake. In terms of functionality, certain features set Algorand as a class apart from its competitors-

While using Algorand, users can reach consensus without making use of their keys. Rather, it only invites the participation of people who are actually willing to participate in the protocol for the creation and registration of their participation keys. Key is thereafter used to approve participation while making proposals or voting on blocks. ALGO tokens are well protected using the keys to ensure security is not compromised.

Verifiable Random Function (VRF) is used in Algorand for randomized selection of users for the selection process. So, as and when a block is entered, users are informed about the same. They can check the VRF by using a secret participation key as well as a selection seed. Everyone can check the authenticity of the results by looking for cryptographic proof. This function is the most intriguing because of its usage of minimal computation power.

How does Proof-of-Stake Mechanism Promote Security?

Algorand’s Proof-of-Stake makes sure that the problematic actions of minority malicious users are almost pushed to an impossible status.

· Prevention of transactions by other people is only possible by those who have the majority of funds on the platform. Additionally, those with maximum value are wired into not engaging in dishonest actions as it would lead to lowering the value of their assets.

· In case these users engage in dishonest practices, it would lead to badmouthing of Algorand globally, leading to the reduced token value. Consequently, it will impact the purchasing power of these users and decrease it considerably.

Targeting individual users is also hindered by the mechanism of Proof-of-Stake. Only users can access information of their selection, potential adversaries, etc., making it a protective space.

Algorand Ecosystem and its Growth

Intending to be the future of finance, Algorand is consistently on the lookout for potential expansion methods. To achieve so, they have converged the traditional and contemporary decentralized model. The result is a secure system, which is frictionless and inclusive. It is currently enabling the creation of new age finance products, thereby revolutionizing the whole market. They have also seen considerable growth that provides them an additional edge in the market, like-

● From the beginning, Algorand has ensured the alignment of its practices with the proliferation of the environment. Following protocols like not basing its consensus on energy-intensive proof-of-work and using minimal electricity, Algorand has established a benchmark for sustainability in the blockchain technology category.

● Arrington Capital, a digital asset management firm has announced an investment in Algorand technologies to widen the ecosystem. They have acknowledged how the Algorand community is expanding exponentially by employing unparalleled technology, sustainability, and robust developer resources.

●Considering Algorand as the next generation decentralized public blockchain network, Draper University has partnered with Algorand and Borderless Capital (who are also the early investors in Lemon Cash, an Algorand platform crypto wallet) to launch an accelerator blockchain program.

Recently, eleven projects from Algorand Europe Accelerator took virtual space as their stage to pitch their ideas to a panel of industry experts and investors. All the solutions presented were built on the Algorand blockchain and aimed at delivering valuable solutions in the field of network-driven platforms, infrastructure, IoT, lending, and crypto payments.

Following Startups were part of the Algorand Europe Accelerator program:

What Technologies does the Future of Algorand Hold?

Apart from the technologies that are already implemented, there are some that Algorand promises to introduce in the near future-

Vault is meant to resolve the issue of blockchain’s storage problem. As users multiply and you experience the expansiveness of blockchain, storage becomes a serious issue. Vault will increase the possibility of effectively onboarding new users.

Pixel digital signature is intended to accommodate multiple signatures of a single message into a single, compact one. This also disables malicious users from forging signatures. Self-validating transactions will assist users in checking the validity of payments. They no longer have to maintain block verification and individual payment balance.

Payscript is a payment orchestration framework that simplifies crypto payments to remove barriers of widespread crypto adoption. Payscript has built a robust Wallet Infrastructure at its core which is simple and easy to use for both Mobile and Web. The Wallet Infrastructure is complemented by an ecosystem of products such as Point of Sale Mobile App and Crypto Payment Gateway Widgets which allow merchants to start accepting crypto payments via multiple channels. Moreover, Payscript offers simple APIs such that all the features can be integrated natively into existing apps and software by Financial Institutions such as Banks 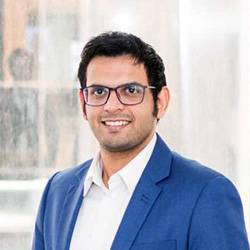